I've been thinking about time a lot lately. The irony is that now that I am paid to write, I never have time to write. I don't have time to write my blog, or short stories, essays or get back to work on those novels. Don't get me wrong, I am GRATEFUL that someone is paying me to sit in my dining room while my littlest runs to the potty every five minutes (before I couldn't get her on the thing, now I can't get her off it).

All this gets me thinking about balance. How do you balance it all? This past Friday littlest fell asleep on the couch while I pecked away at the laptop. She stirred a little after 45 minutes and I went to sit on the couch and hug her as she woke up. Except she wasn't waking up, just snuggling up for more of a nap in mom's lap. As she fell back to sleep, my mind ran through all the millions of things I could be doing while she sleeps: working, updating my blog, loading the dishwasher, folding the laundry.

Her head laid in my lap and her fingers were curled around my wrist and for the first time in a long time I just looked. I looked at those still tiny little fingers and I didn't think about whether her nails needed to be trimmed. Her feet flexed in her sleep and I watched those little jellybean toes as they curled and uncurled. I pondered those impossibly long eyelashes.

I listened to her breathing and once I got to hear a contented little sigh. I just sat still and I didn't blink. I don't know how to balance it all and there never is enough time. But for a few minutes on a Friday afternoon I stopped the clock.
Posted by Just B at 4:36 AM 9 comments:

I wonder what she is thinking... 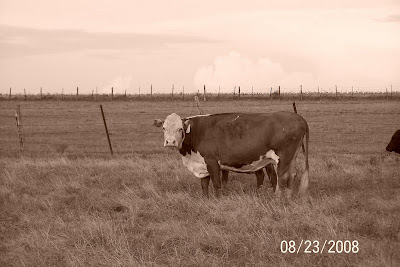 This is actually an inside joke with my sister A. from a long ago road trip to Oklahoma (you see A LOT of cows driving through the flatlands of Texas and Oklahoma).

So this is my existential question for week: What do cows think about?
Posted by Just B at 8:09 AM 3 comments:

Once upon a time, no more gollies. The End. 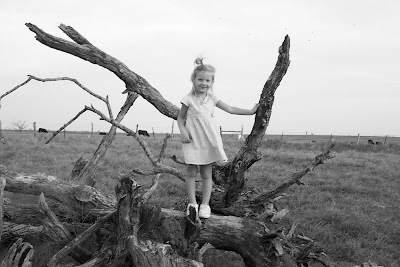 That is one of the first stories My Middle Girl ever told (sometime in her early two's). Her big sister had just told an elaborate bedtime story involving lots of imaginary friends. When it was Middle's turn she said, Once upon a time, no more gollies. The end. Then she reached up and turned out the light.
She has this amazing mind and is curious about everything. Last night she drew pictures of colorful swirls and explained to me that these swirls are how she is feelings inside. Trapped in her little restless body is a mind full of swirling emotions. I know this feeling.
Posted by Just B at 8:02 AM 4 comments: 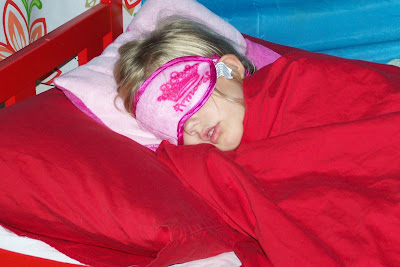 I wish everyone this kind of rest and relaxation this weekend!
Posted by Just B at 10:24 AM 3 comments:

I married into a family of control freaks. My mother is one, too. I have discovered that I am a bit control freakish myself. Over the years, as I have precariously straddled two these two families while creating my own (no wonder so many marriages fail), I have learned a few things about the need to control.

The other thing I have discovered is that most of these compulsions to control are completely futile. Successfully controlling others actions or emotions does not bring happiness, as is so clearly demonstrated by both my father-in-law and my mother (two woefully unhappy people).

I am slowly learning to relinquish that need to control. Except, yesterday I was in a heated battle to control my daughter's bowel movements (or at least control exactly where they ended up).

My three-year old is mighty. She is funny and smart and strong and stubborn. She is honest to a fault, grumpy until she has her morning cup of milk and always in the mood for a party with loud music and beverages. She is a tiny carbon copy of her dad (just with different beverage choices and less facial hair). I am totally powerless in the face of either of them when they are determined.

I am trying something new today, maybe I'll make it a regular thing: something to ponder, words far wiser and lovelier than my own. No matter what our original intentions, I suspect we blog and visits blogs for more than just entertainment. I think sometimes we are seeking our own true voices.

The Journey
by Mary Oliver
One day you finally knew
what you had to do, and began,
though the voices around you
kept shouting
their bad advice--
though the whole house
began to tremble
and you felt the old tug
at your ankles.
"Mend my life!"
each voice cried.
But you didn't stop.
You knew what you had to do,
though the wind pried
with its stiff fingers
at the very foundations,
though their melancholy
was terrible.
It was already late
enough, and a wild night,
and the road full of fallen
branches and stones.
But little by little,
as you left their voices behind,
the stars began to burn
through the sheets of clouds,
and there was a new voice
which you slowly
recognized as your own,
that kept you company
as you strode deeper and deeper
into the world,
determined to do
the only thing you could do--
determined to save
the only life you could save.
Posted by Just B at 4:06 AM 4 comments:

A rose by any other name

Since the girls and I were on our own last weekend, we headed an hour northeast to spend a couple of days at my sister's house. My girls call it the CatCowDog Farm, because it is a cute old farmhouse with a lot of cats living on the front porch, surrounded by pastures of cows, and when we come we bring the dog. My other sister lives a few miles down the road and came with her eleven year old daughter, who my girls absolutely adore. She has infinite sweetness and patience with her little cousins as they play hours of hide-and-seek and "babies" and "school."

This particular weekend my oldest niece, who is pregnant with her first child, came to spend the evening on the farm with her husband. She was radiant and sporting quite a belly. It was funny to see this beautiful 30 year old woman who in my mind's eye is still a little girl, like my girls. As she pulled up her shirt to show off her big belly, my memory flashed back to the two-year-old who used to walk around with her shirt pulled up to show a chubby baby belly. She would call it wearing her "doot."

My parents were at the farm that day, too. My dad puttered around, a restless younger soul trapped in his aging body. My mother rested on the couch, inserting the occasional comment into the conversations going on around her. As my niece showed off her belly and talked about feeling better after months of "morning sickness," my mother pipped in with a warning not to gain too much weight. "My pregnancies were my undoing. I never got my figure back."

I know she meant well. My level-headed niece knew she meant well, as my mother went on to admonish her not to gain another ounce. My nephew-in-law immediately came to his wife's defense, but my wise niece just smiled and let her grandmother's thinly veiled criticism roll off her pregnant belly.

I was raised by a mother who expected her six children to take better care of her than she did of them. My childhood tasted of salty potato chips, hand-cranked ice cream, the sweetness of candy from the corner store and resentment. As I grew up, my resentment was hardened by hormones and heartbreak until it became a pit of anger in my stomach.

I now see my mother through the eyes of my own motherhood. It's not an easy job. For someone who is mentally ill, mothering is nearly impossible. There was a time when hearing my mother pick on her granddaughter would have had me seeing red. But this year spent back in the bosom of my family after a long absence has mellowed me. Motherhood has mellowed me, too.

As my anger has dissipated this year, I've wondered what I should call the feelings I have for my mother now. Is it love? But as the sun slanted across the warm kitchen at the CatCowDog Farm, as my niece and I smiled knowingly at each other above my mother's oblivious head, I realized something. Perhaps the absence of my anger, my companionable silence instead of my scorn, perhaps that is love. 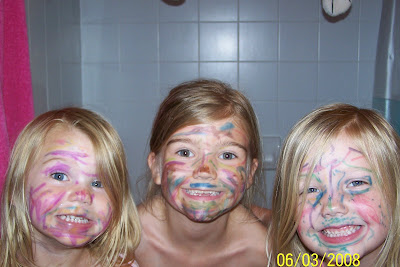 I've been threatened with death lately for not updating my blog. Brain not working. Must use interesting picture. Must update blog. Can't think of witty description for picture.
Posted by Just B at 11:54 AM 3 comments: